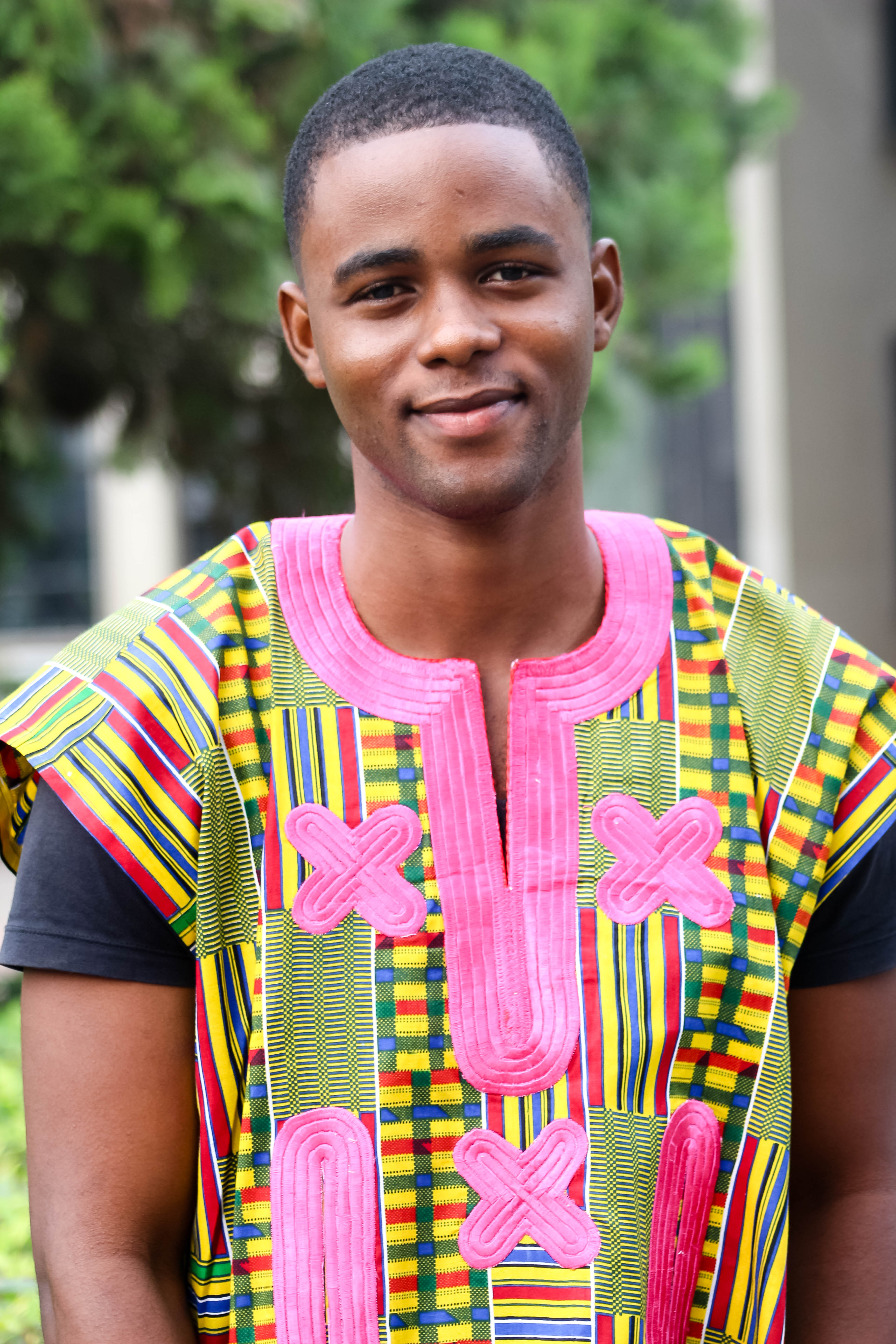 It’s been a while innit? I actually missed you.

Anyway, before I get too much ‘mushiness’ up my sleeves, we have another salvation story on board!

February was for salvation stories but who says March wouldn’t embrace it also?

Today, we are listening to Jason and the story behind his Christian salvation. 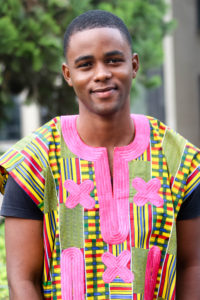 God made me a testimony

I want to tell you a beautiful story of how Jesus turned the proudest boy to the humblest boy just by an encounter.

Okay fast track to secondary school, I just instantly turned to a bad boy, I had the ego of a lion, I didn’t talk to girls or even boys either, I felt they were not up to my level—They were small boys, I was a big boy—so I usually related with fellow bad guys too. I liked this girl in my Jss 1 and she liked me too but we were too young and her parents were watching her and all, so we couldn’t proceed, I just decided to blatantly ignore girls, even the ones that confessed they liked me, I just ignored them—I was like 10 girls would be sacrificed to appease me to forgive girls in general—and 10 were turned down by me. So I went to another school and I was ‘appeased’, I just now found it hard to now start talking or relating with girls except they talked to me first, I was at least ‘good’ for the time being but I was just too proud, I went to a new school and one of my old friend told me to get this girl, that she forms too much, so I was like okay. We became friends and then she started liking me and all but I was just interested in her body. She was quite fed up that I didn’t want to ask her out but I was just giving flimsy excuses meanwhile we were doing stuffs already—with her wanting though—my guy was really proud of me and was hailing me, not just him, guys were hailing me for making her ‘fall’. So I was always a bad guy and I was loving it. I was so proud that I didn’t ask this girl out to prom—she eventually became the prom Queen—but instead another girl asked me and I agreed, but in all this glory, most girls hated me because they’ll always be like “who does he even think he is?”, but I didn’t care, I just did me. 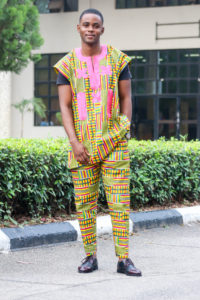 Now Covenant University, OMG! nobody hated this school more than me—I used to tell people that—I don’t go for chapel services or any school activity, I just wanted to go for my classes and come back. I didn’t talk to my course mates or girls in general, but like just few though, some boys even started thinking I was gay and all but I knew I was a bad guy—why pursue when you know you will catch—no need to show myself, I just wanted to be at least low-key and just leave without really knowing anybody—that’s how proud I was—no girl was ever ‘enough’ for me to even date, I just look and pass, I blocked a few though but I felt there was no need cause of the way the school is set up. Even when some guys told their female friends liked me, I just told them not to introduce me that I wasn’t interested.

Then I met this ‘badder’ guy in 200 level. He stayed in my town so we became quite close ’cause I saw him at home not even school, we became closer cause we hated this school together and finally someone who understands my ‘bad guy-ness’ and can vent together. We now started smoking weed and getting high together just to pass the boredom and “feel alright”. That was when I started getting high. So back to school, couldn’t smoke anymore, added to the more reasons I hated CU. Then I continued that way and got into final year. Final year was on a new level of stress and I needed to some relief from project, school work and all, so I started smoking in school, inside roof and in my room, actually became a daily thing, after classes, I get high. It was my remedy for relieving the stress of this school. I went to chapel high, went to classes high and eventually wrote exams high—it was that bad—I was living the best life to me but academic wise, that was my worst semester ever. Then…

It all happened on the 13th of January 2017—this is funny cause I was born on a 13th—it was a Friday to be precise, rain threatened to fall that day, I was so shocked and even complained because it’s too early in the year for rain, not knowing it was actually my special day. 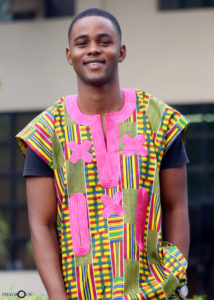 It was quite a good day, heard some good songs on the radio, met some old friends, and finally ended up with my main Guy, who we literally spent the holiday together by linking up—getting high—Every day. So I went to pick him up and decided to go to Shola’s house who is actually close to both our houses.

When we arrived—you know boys now—we started smoking and fantasizing about the future and how we’re going to be Rich by Hook or by Crook, talked mostly about people who have made it; just like my former classmate in secondary school who recently bought a 20m 2016 c-class and a $36,000 gold pendant—outrageous things like that—so we talked more and more about spending money—naive us—we thought MONEY was EVERYTHING

Then suddenly, still talking I just saw a Revelation of the heavenly bodies, I saw the Ground which was made of solid and radiating gold; then I heard a voice say to me, “Why do u desire earthly things” then I came back to the environment with my friends still talking and I saw myself looking at them but I didn’t talk. I now realized that everything and everywhere we fantasized about living, they weren’t as beautiful or glorious as where I just Saw-Heaven.

I immediately stopped my friend’s conversation ’cause I had realized the Truth, I told them that I just saw Heaven and I kid you not, I said “Na heaven sure pass bros”, they were so shocked cause actually what brought about heaven in all we’ve been saying, they were astonished, then they started arguing on how they knew and understood what it is to make heaven, then, I told them just like they were making effort to make money and live large, how are they investing in making heaven—mind you, my eyes became instantly clear and these are my most worldly friends—they kept on arguing and we finally stopped, then my main Guy said I should smoke some more; when I tried, I coughed so bad that it didn’t even pass my throat and then I told him “see I can’t even smoke anymore”. They were all shocked, the ‘badder’ guy who was there the first time I smoked was also there the Last time I smoked too. Suddenly, He said to me “I hope I see you in heaven”, my heart pounded because I knew I will have to leave my worldly ways but then I heard a spirit tell me “Don’t worry, I’ll guide you, just tell him; you hope to see him there too” I then smiled and told him that. It was then I knew I had the Holy spirit and ever since then, my life changed for the Best. I’ve never turned my back to the world cause now I know How Glorious is He in whom I serve, That indeed He’s a Mighty God. Therefore, I want to be a part of that Glory, Because He loves me even when I was yet a sinner.

Ever since I saw the Glory of God, I fell in LOVE with Him, so much so that I broke up with my ex-girlfriend because I couldn’t and can’t share the LOVE, I confessed all my evil deeds to my mother then she told me “You’re a Testimony”, I decided to give Him my all that means Obeying His commands, loving and accepting everybody—cause my heart is now free—also doing His Will because now I know that He’s all that matters {All things were made by Him; and without Him was NOT ANYTHING made that was made. John 1:3} I talk and relate with people now and I feel so free and happy doing it {Matthew 5:16 says: Let your Light so Shine before men, that they may see your Good works, and Glorify your Father which is in Heaven}. I was kind of a shy person but now I can’t stand by without preaching the Gospel and Good news to people all around me {2 Corinthians 4:3 says: But if our gospel be hid, it is hid to them that are lost).

Sisters and Brothers, I Hope to see you up there in Heaven!

Thank you for reading! Don’t forget to share and drop your unique thoughts in the comments’ box! 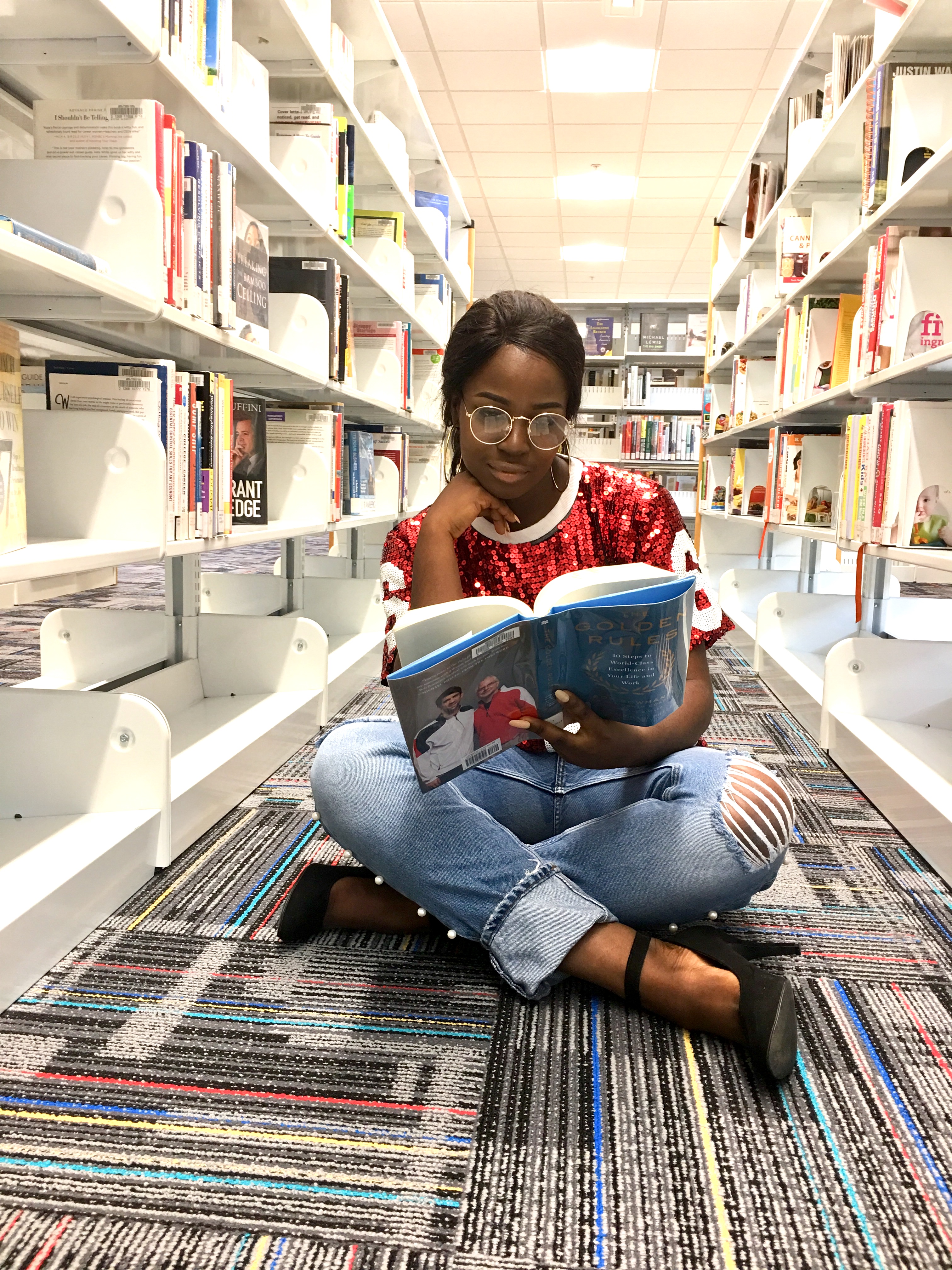 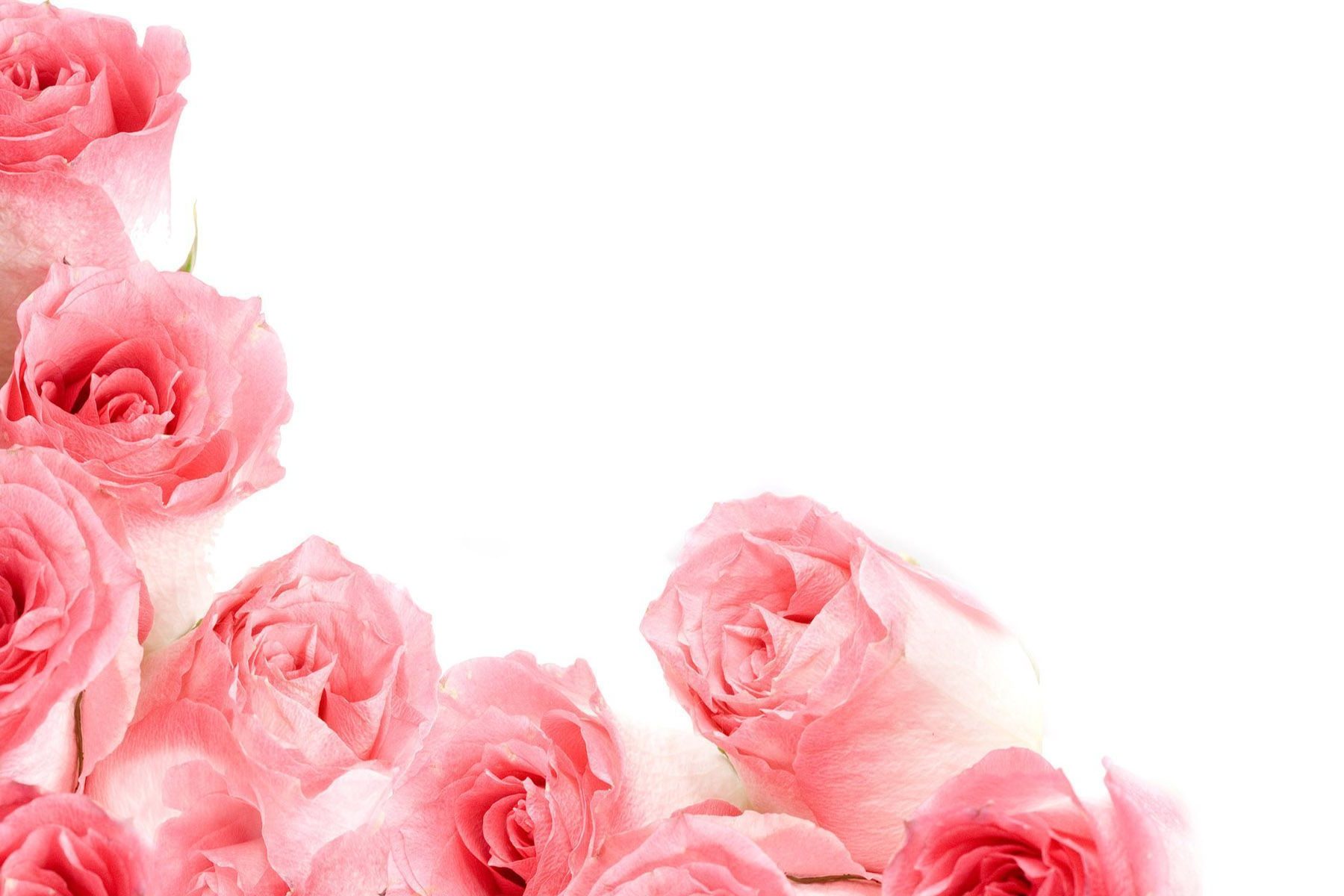 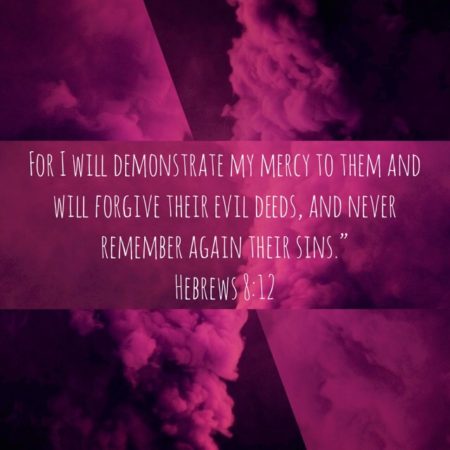 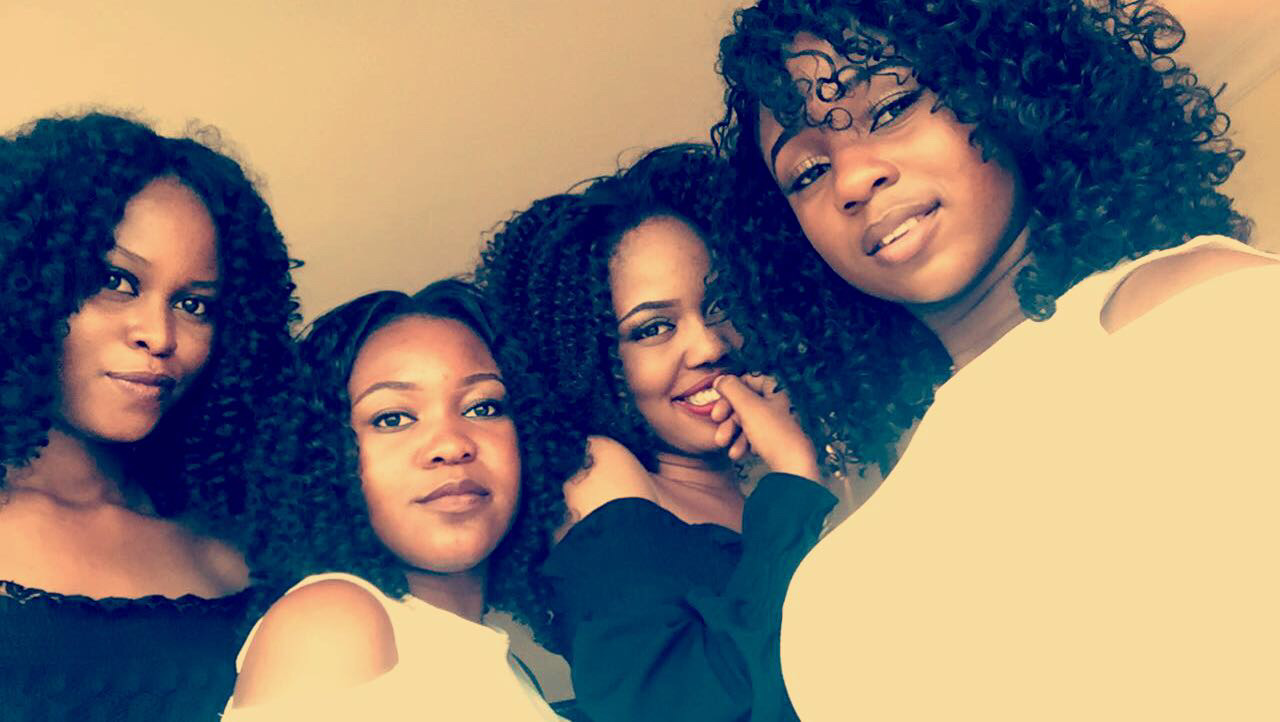 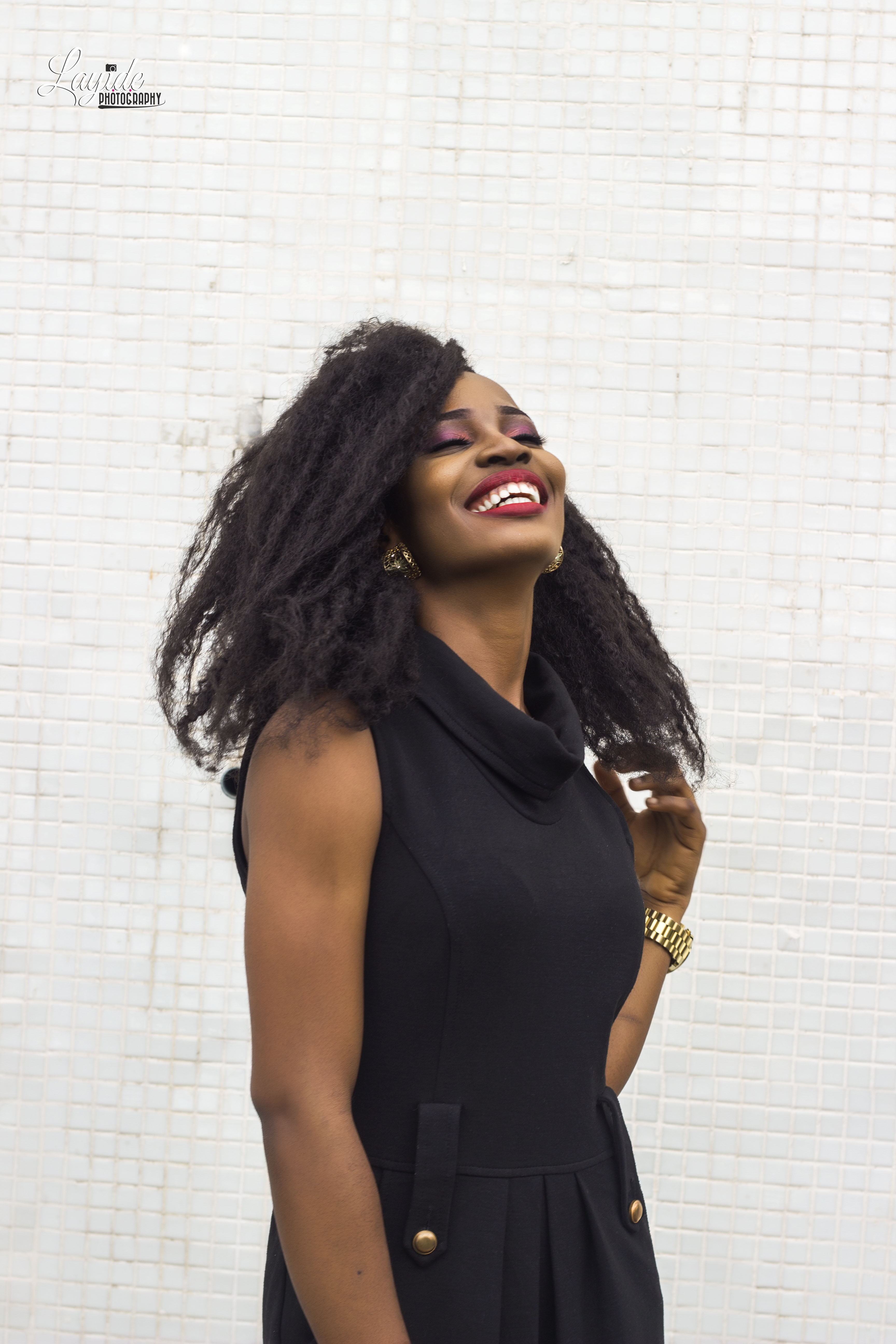 Instagram has returned invalid data.
May all who come as strangers leave as friends...
...where the pen, the soul and the lips connect.